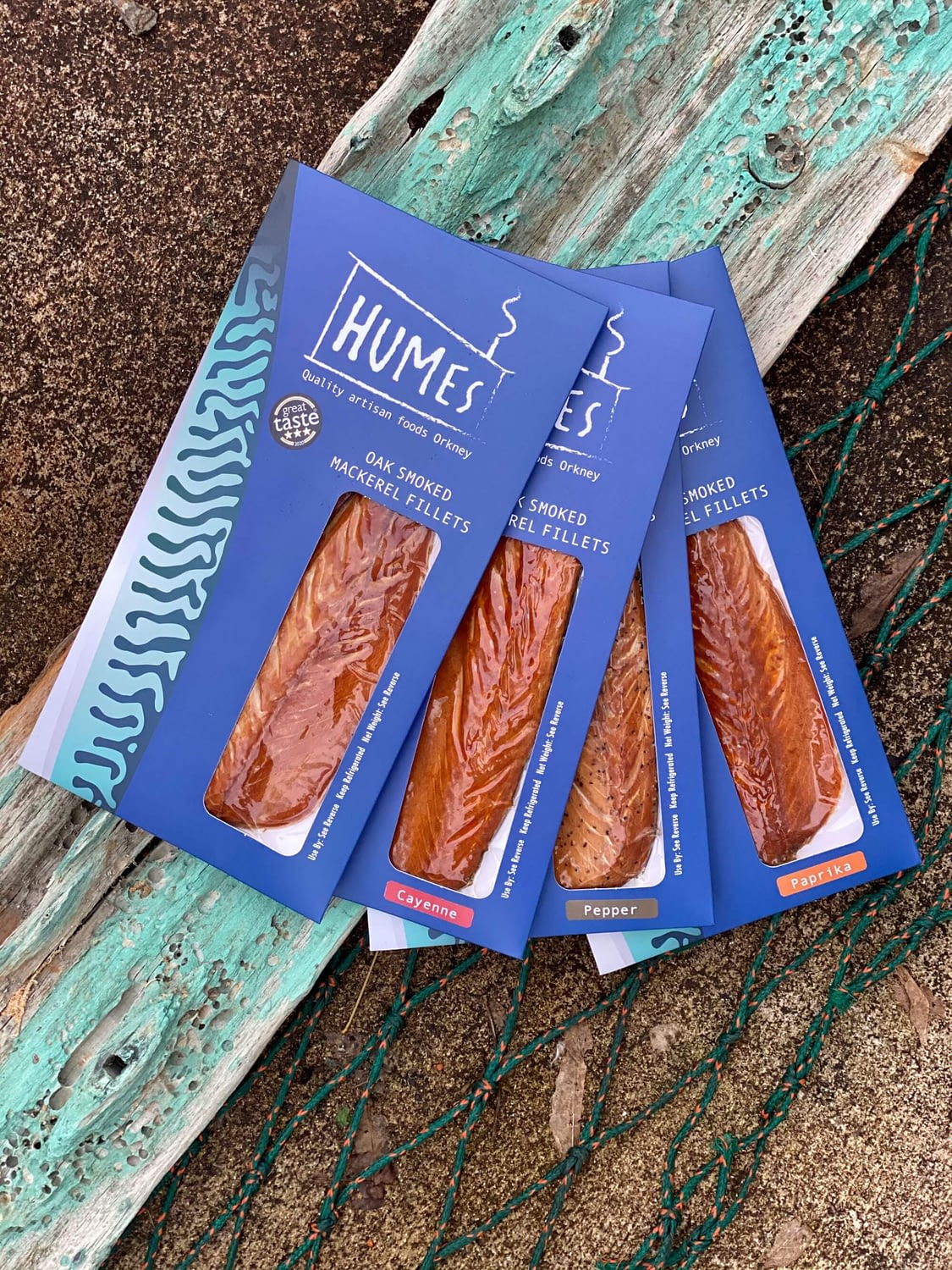 WHAT’S UP AT HUMES

Following the busy run up to Christmas and New Year, the month of January is usually a quieter time for production and sales. The feeling can often be likened to that of needing to take a break (imagine a sit-down in your favourite chair) following a big meal – to ‘swadge.’

We were effectively mid-swadge when we received an email from one of the producers of BBC1’s Saturday Kitchen Live programme, enquiring if we would be interested in featuring amongst a small group of Scottish producers to mark Burn’s Night – and if so, could we get some samples of our smoked mackerel to London before that weekend!

A quick programme production company and identity check later (you can never be too sure!) we replied with a resounding ‘yes’ and rushed some packs of our mackerel down to the post office.

Not knowing for sure if our mackerel would even feature, we took the decision not to share the news too widely. Immediate family were told they might like to keep an eye on the programme on Saturday morning – but, if we’re totally honest, we didn’t really hold out a big lot of hope for it getting much of a mention!

It was therefore with utter amazement that we watched as celebrity guest chefs Cyrus Todiwala and Shauna Froydenlund declared it as ‘good’ and ‘their favourite’ – but then show host, Matt Tebbutt, described the fillets as ‘possibly the best he’d ever tasted.’ We were totally stunned!

The effect of these comments was immediate. Firstly our phones began to ping with messages from friends and family, congratulating us – but then we realised that notifications of sales on our website were also coming through – and they just kept on coming!

We’d never before seen anything like the volume of orders which were coming in. Within half an hour we had sold out of our online stock and by early afternoon we were taking pre-orders for fulfilment the following week!

We are eternally grateful to the show’s producers for having included us amongst the featured producers – and to everyone who tracked us down and placed an order!

An amazing, bonkers and fantastic five minutes of fame!